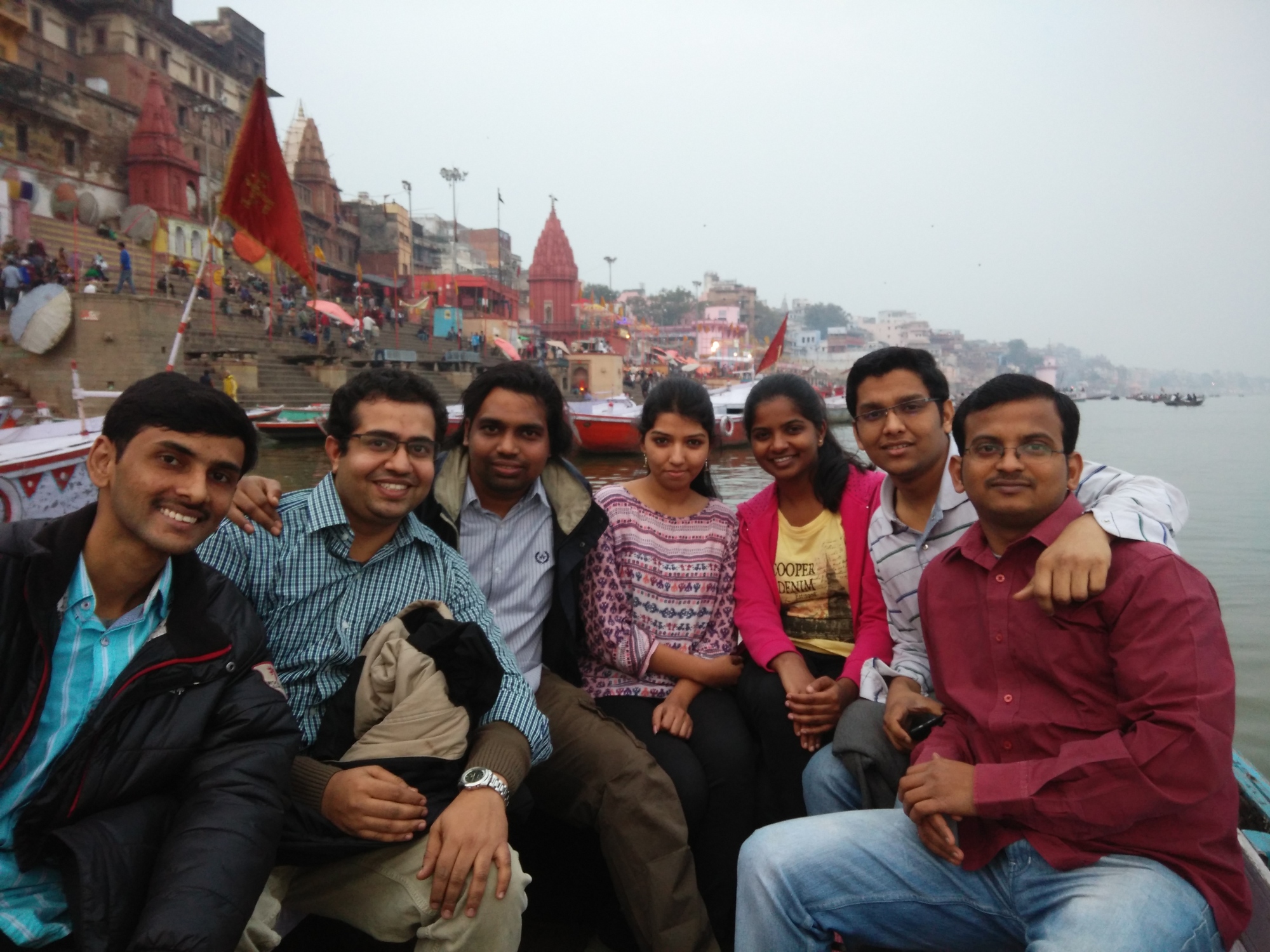 Being immersed in the excel sheets and PowerPoint presentation is definitely not how one would want majority of their time to be spent, me neither, but unfortunately that’s how our lives have been in the corporate world. Taking a break for this life escaping to somewhere where we can break from this routine schedule, be completely disconnected, be whoever we want to be, is everybody’s fantasy – and I try not to miss any opportunity I may get to take this break, not matter how short that may be.

Last week, I got a chance to travel to Allahabad to attend the marriage of my college senior, Amit. I don’t remember when was the last time I had attended a marriage, not in last 10 years at least. And hence, I was pretty excited and didn’t want to miss the opportunity. The marriage was on Thursday (Feb 5), which meant I had to take leave on Friday as well. And hence, instead of wasting the weekend on train back to Delhi, I had decided to travel to Varanasi, which is just 2-3 hrs. by bus from Varanasi and spend the weekend there. I had anyway gotten away from the fear of solo travel from my recent trip to Manali, and was excited to go for another solo trip.

I left Delhi on Wednesday night, and the train which was supposed to reach 8 am in morning, actually reached Allahabad at 2 pm. I walked up to the guest house where I was sharing the room with one of Amit’s another college friend, Siddharth. Later in the evening two more of his friends joined us. We finally left together to meet Amit and his family. From there, we walked along with baraat to the marriage venue. 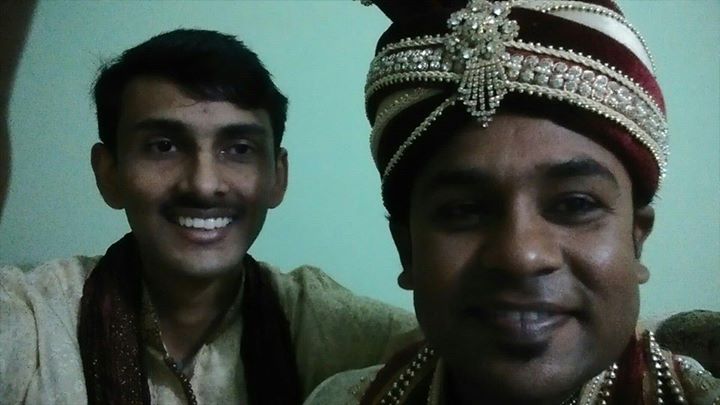 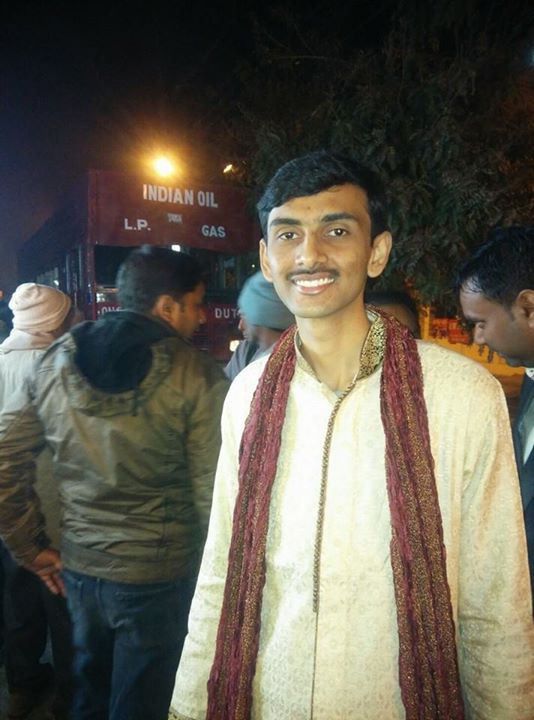 It was wonderful to walk along with the baraat with all the noise and ceremonial music. I could recollect most of the rituals as there were being practiced. Lifting up Amit up during varmala was fun, but the best part was ‘jutiyon ki chori’. Siddharth & I were given the responsibility of protecting the shoes of Amit from getting stolen by bride’s side. We were pretty careful initially, but after long time when we didn’t see much activity from their side, we actually started taking it lightly. The shoes were near my foot and I was standing and talking to someone. Suddenly, entire crowd from the bride’s side started clapping and laughing – and I realized one of them had taken the shoes away and ran past. Yes, we lost the shoes. And then from 2 am to 6 am – we spend 4 wonderful ours negotiating with the ‘Amit ki saaliyon’ the price for it.

The whole marriage thing had been great. Meeting so many people, playing around in doing those rituals – I totally enjoyed. In the morning, we finally congratulated Amit again for the marriage and left from there back to guest house in morning. Later I went to Sangam – the union of the three sacred rivers – Ganga, Yamuna & Saraswati. In the evening, I left for Banaras.

Even before I stepped out of the bus, the chanting of prayers and the ringing of the temple bells had brought the Banarasi feeling. I had arranged my stay there at Zostel – which another beautiful thing. Zostel is a chain of hostel for backpackers. It’s a startup. I was given a bed in a 4 bedroom dorm. There were 3 other people already living there. As I walked in, I met Sophie and Ruby – the beautiful cousins from London. They had come to India for short vacation. Both of them were really sweet. I later met the guy from South Koria – Kim Cheng Wan, who was also staying in the same room.

Next morning, we went for city walk – a walk along the narrow bust lanes of Banaras, stopping by in all key places to experience the local food – Kachauri, malai yog, lassi. We also walked through the ghats – from Ceremony Ghat to Burning Ghat. 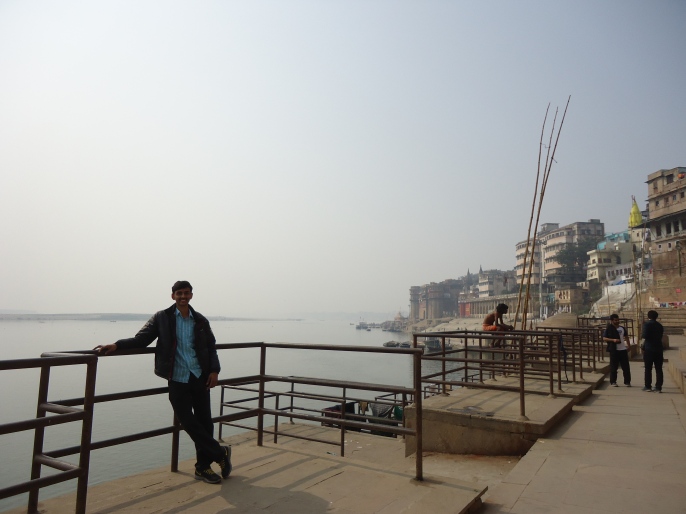 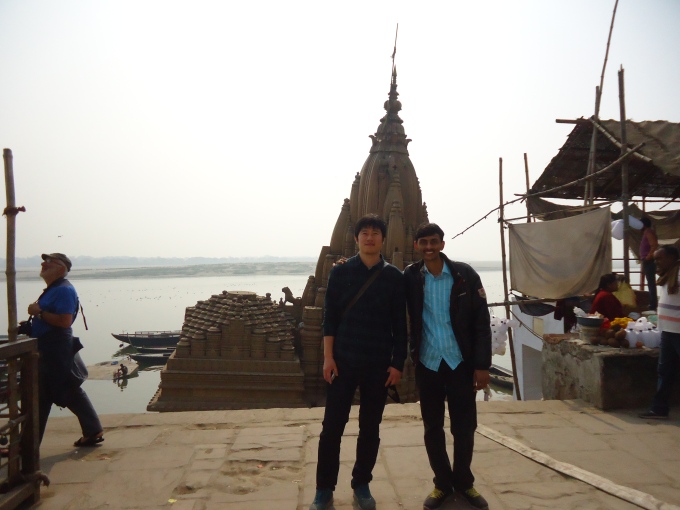 In the evening we went for boat ride in the Ganges along with Kim and a bunch of IIM Rohtak students. The boat ride was calming experience – the boatman kept explaining the significance of each of the ghats. We also saw the famous evening ceremony at the main ghat from the boat. 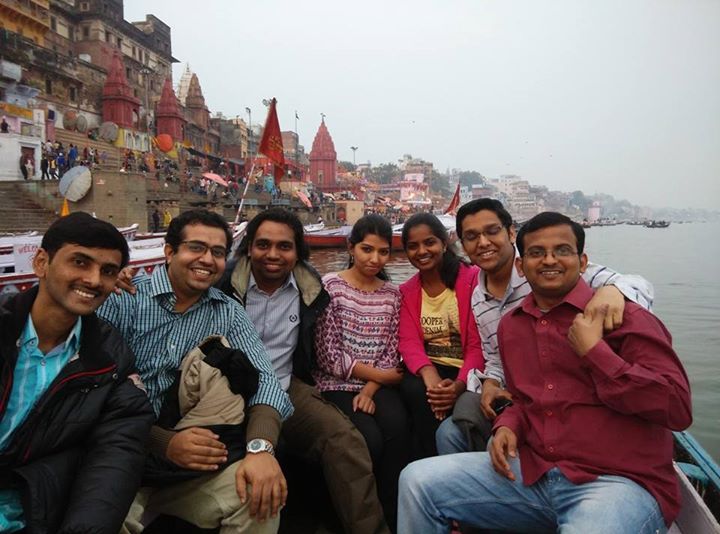 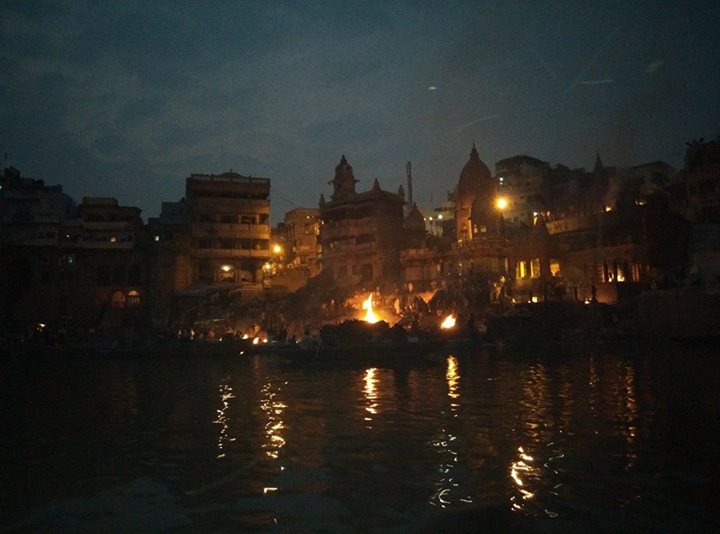 Later in the evening, a baarat was passing by in front of our hostel. Ruby was very curious about attending an Indian marriage.  Although she couldn’t  go for the marriage as we had plans for early next morning, we both jumped in the baarat and she danced along with the crowd for sometime. She was insanely happy to finally get a glimpse of Indian marriage. 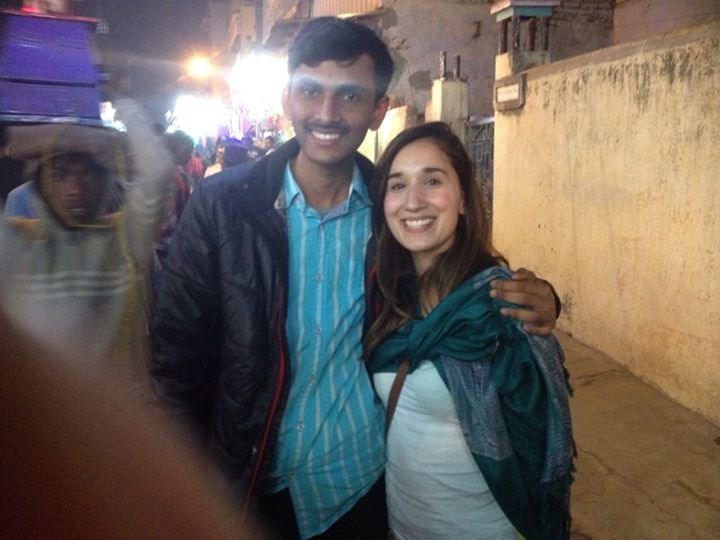 Next morning, early at 5:30 am in the morning, Sophie, Ruby & I went again to the main ghat for early morning boat ride. It was much calmer and refreshing experience. The boatman (or rather boatkid) was a 16 year old guy.  I also took morning bath at one of the ghats. The water was freezing cold, still I enjoyed it. 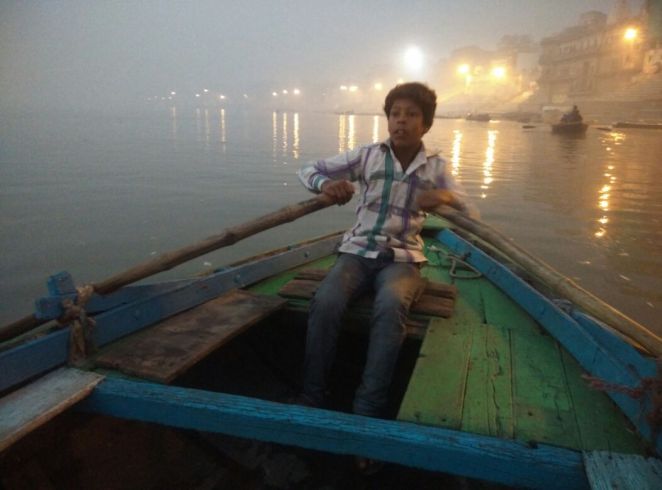 Sophie and Ruby went back to Zostel after the boat ride, while I went to the famous Kasi Vishwanath temple. I was astonished (as well as ashamed) to know that only Hindus are allowed to enter this temple. Both Ruby and Sophie wanted to visit the temple but foreigners are not allowed here.

Finally, it was time to leave. I had my train late in the evening. The last four days had been amazing, much more beautiful than I had thought of. Especially, Varanasi – it was amazing. Being cut off from everything – work, friends, family – and just exploring the world is such an enriching feeling. I was sad that I had to leave everything and go back to old regular life. But more than that, I was sad about leaving the new friends I had just made. It was just two days, still I do not know why I felt so closely bonded, especially with Ruby, that I was feeling extremely sad about leaving them. It is strange that sometimes we remain strangers to people we live with but sometimes develop deep and affectionate bonding with people we have just met.

But this is how it is. I had to go no matter how badly I wanted the trip to never end. I wished everyone good bye, and left.