Often the best things come in small packages, Harischandragad Trek is an example. This not-so famous trek, 200 kms away from Mumbai is just a 2 day short trip. It was only a day prior to the trek day that I changed my earlier plan of going to Matheran and decided to rather go for this trek after hearing a lot about it from a friend. And this turned out to be best decision, this trek, perhaps, has been the most adventurous experience I could imagine.

Reaching the base village: Kheereshwar

Harischandragad is a located in Ahmednagar district in Maharashtra. There are 3 trekking routes to reach this place:

I decided to go via Kheereshwar as this offers the most scenic route. I was warned that it’s not very safe to travel through this route in monsoon, but given I was travelling solo, I didn’t bother much. I took 0the local train from Mumbai to Kalyan, then took a ST from Kalyan to Khubi Phata. (There is no stop at Khubi Phata. One needs to take the bus going to Alephata via Malsej Ghat. Khuba Phata comes just minutes after Malsej Ghat).

The moment I got down from the bus, I felt the . I started walking towards the village, and found a Jeep coming on that route. The jeep was filled, and so I climbed on top of Jeep to travel to the Kheereshwar villahge.

I started my trek from this village. I was travelling solo and had not taken any guide. I was told by my friend that there is just one straight route from Kheereshwar to Harischandragad, and I shall just follow the GPS and stick to that route. Though, as soon as I started the trek I realized it wasn’t as straightforward as I thought it to be. There was in fact hardly any route – it were a jungle with the shrubs partly cleared giving some vague indication of path. I often found multiple such routes, go confused, hit dead-end, and walked back to take alternate route.

Typical path at start of the trek

After trekking for around half an hour, I reached some water-stream (which was dry with just rocks). I wanted to take a few pics, and I realized I didn’t have my camera in my packet. I checked all across in my bag but couldn’t find it. I had lost my camera!

I tried recollecting, it was right at the start of the trek that I had hit some rock and almost fallen down. That could have been the place where the camera might have slipped out of my pocket. The likelihood of finding the camera was very less in such route, but I decided to give a try and started coming back. I found the camera at the lying in the place I expected, at the start of the trek – it was a huge relief. But now, I was back at the place I had started the trek. I started the trek again with double speed.

As I continued further in the trek I started getting more confused about the route. Eventually I started to follow the dried river stream filled with rocks to go up. After 45 minutes into the trek, I found a stone written “Wrong Way (X)”. I tried going a little back to see if there was any alternate route, but couldn’t find any. I thought someone might have mischievously written this. I ignored and continued further in that path. After around a km, I found another stone with “Rong Way” written on it. Now I was stressed, after travelled so long it seemed I had lost path and I was all alone. I decided to head in opposite direction searching for the correct route. I reached back the earlier ‘wrong way’ stone, went down further but still, I failed to find any other route.

It was cold there but I was sweating by now with so much back and forth. I couldn’t

Stuck in the rocks

By now it was no brainer that I was lost in the jungle. I had pulled a stunt and climbed half way through an almost 90o steep rock with help of a tree, but I realized it was impossible to climb up further. Worse, climbing down didn’t look possible either. I softly held my feet on a rock and it slided several 100 metres down. I could imagine myself sliding down like that stone. I was stuck in nowhere, couldn’t go up not down. The possible option looked like spending whole night at the same place in the jungle, but then the thought of any wild animal coming scared me off. I panicked and started shouting, “Help”, “Help”, only to hear my echo. 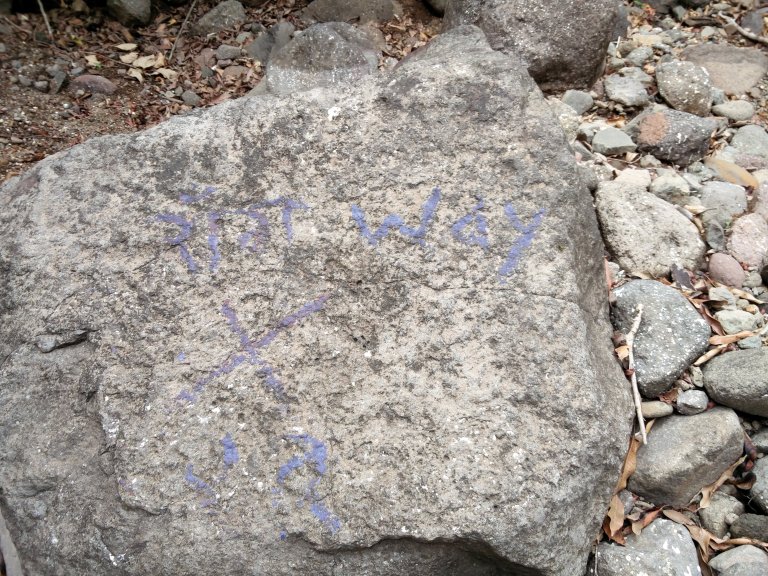 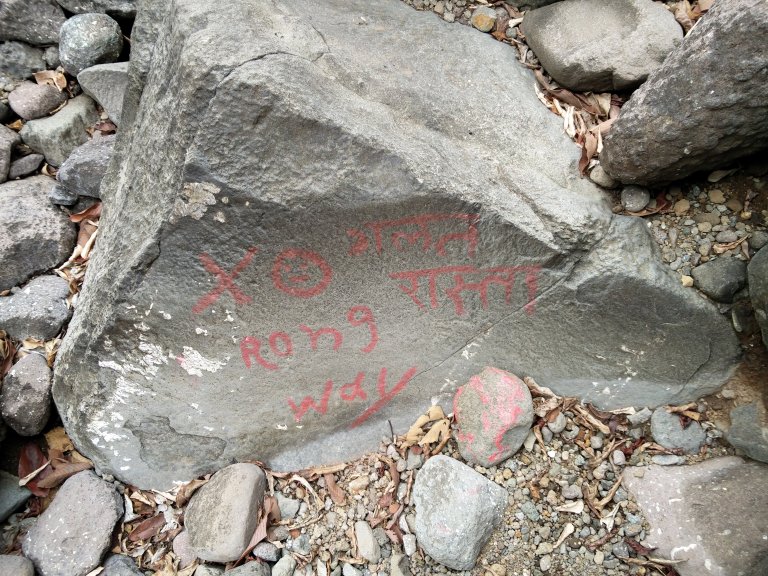 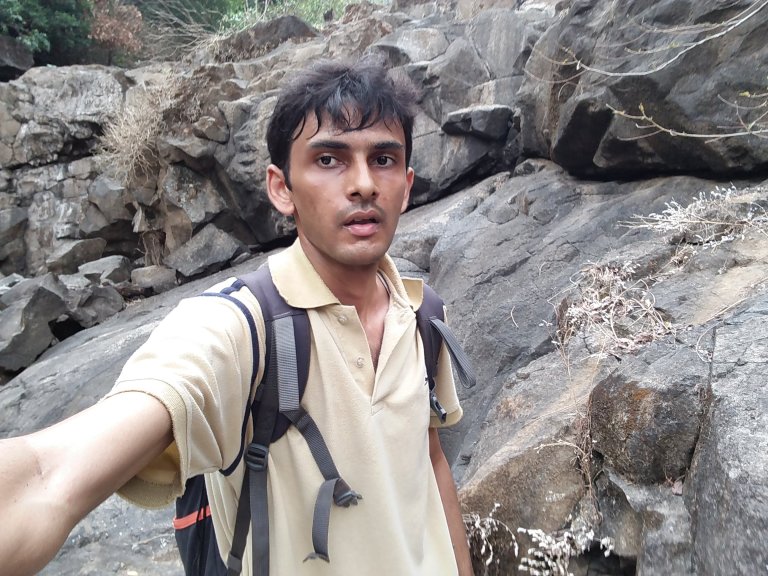 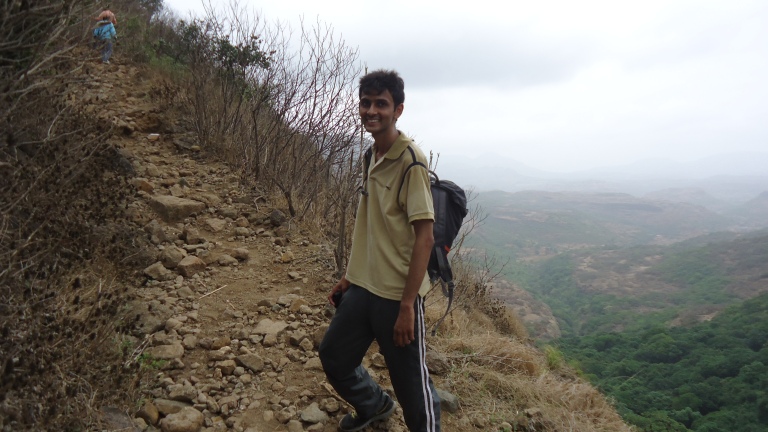 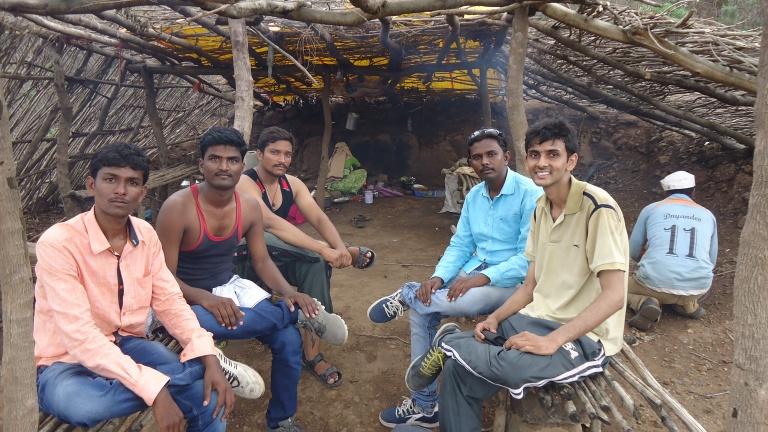 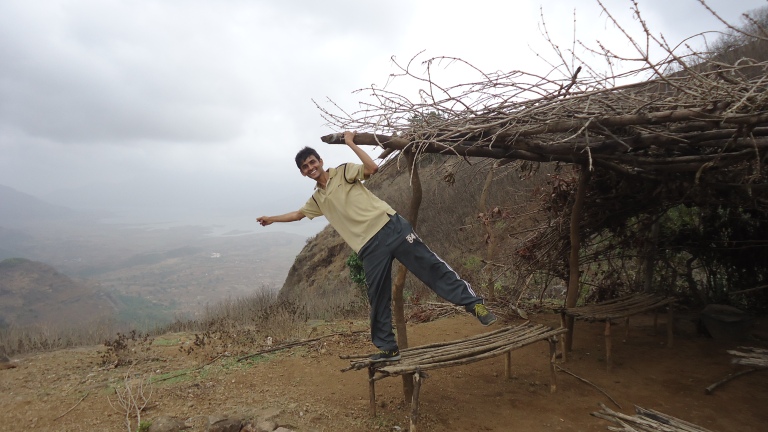 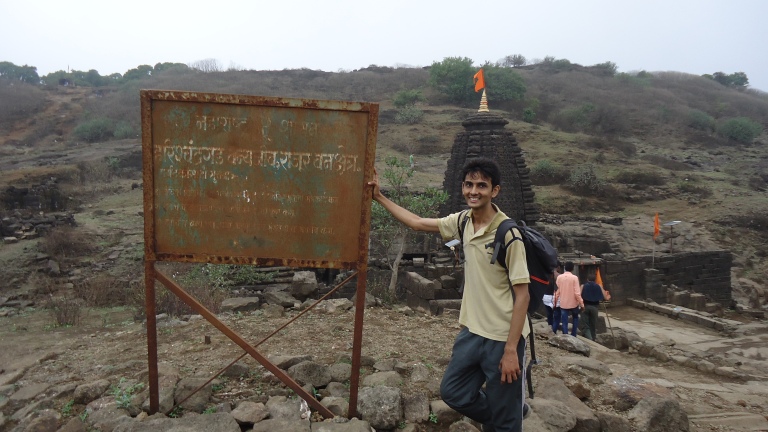 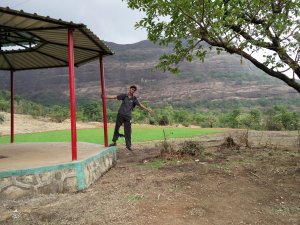